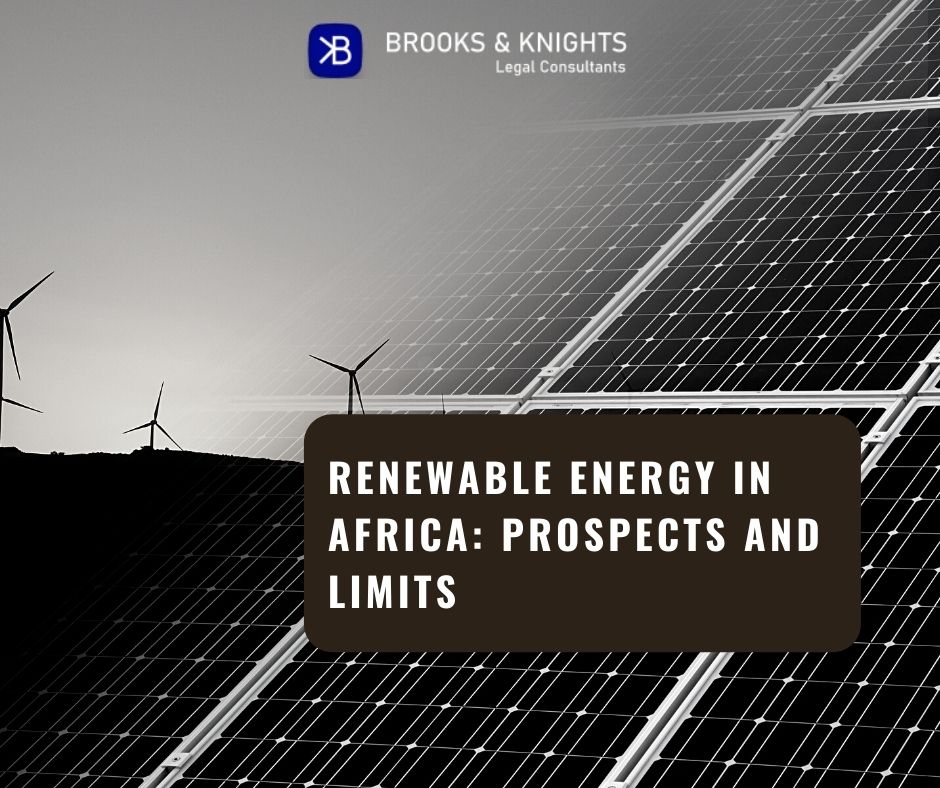 Africa is a continent with great renewable energy potential although currently with high levels of energy poverty. Africa is said to be the ‘next renewables powerhouse’ with an almost unlimited potential solar capacity (10TW), abundant hydro (350 GW), wind (110GW), and geothermal energy sources (15GW). The International Renewable Energy Agency (IRENA) has estimated that Africa’s renewable energy capacity could reach 310 GW by 2030, just less than what Russia and Canada currently produce. This article intends to revisit the potentials of Africa’s renewable energy drive, explore the limits to the continent’s development of renewable energy in this decade in light of the race to fulfil the continent’s commitment to the United Nations Sustainable Development Goals.

More than many other places in the world, Africa is richly endowed with various forms of renewable energy which, if well explored and exploited with the right technologies will pivot Africa to the top of economic development. Africa has in abundance, solar (North, South and West Africa), geothermal (East Africa), and hydro (East and South Africa) energy resources. Combining these renewable resources in the right energy mix will have a positive influence on all spheres of the African economy. Although fossil fuels are still the main stay for the economies on the continent, the continent is seeing an increased use of renewable resources across all its regions. In 2018, only 20 per cent of the electricity generated in Africa was from renewable sources.[1] However, the leadership of African countries have continued to push for more inclusion of renewable energy sources in the energy mix of their countries.

Despite having contributed negligible amounts to the global greenhouse gas emissions, Africa remains the most vulnerable continent to the deleterious effect of climate change.[2] The solution to the problem of climate change amongst others, requires countries particularly African countries to reduce their fossil fuel production and consumption. At the recently concluded COP26 held in Glasgow, African countries such as Nigeria displayed commitment to utilize more renewable sources in their energy mixes. Nigeria committed to “electrify 5 million households and 25million people using decentralized solar energy solutions” by 2030.[3] Other African countries have also ensured that renewable energy sources form a huge part of their energy mixes. Renewables form 59% of Rwanda’s energy generation, 63% of Guinea’s energy generation and 98% of Ethiopia’s energy generation.[4]