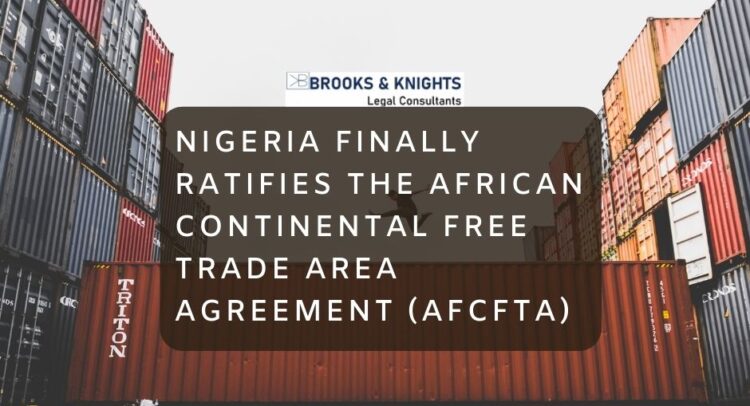 NewsPublicationsTrade and Investments
Brooks And Knights -

ON 12 November 2020, Nigeria ratified its membership of the African Continental Free Trade Area (AfCFTA) Agreement. The AfCFTA Agreement was signed by African countries in Kigali, Rwanda, on 21 March 2018 and became effective on 30 May 2019.  As of July 2019, 54 states have signed the AfCFTA Agreement and only Eritrea is yet to append its signature to the trade document.

Nigeria hesitated to ratify the accord amid complaints from local businesses that their markets would be endangered by an influx of goods from China or Europe via African neighbours. The government later set up a committee to assess the potential cost and impact of Nigeria signing up to the agreement, and has said AfCFTA will be implemented in phases.

Nigeria’s ratification is an important endorsement as the largest economy on the continent and is an indication that Nigeria has signified its agreement to be legally bound by the terms of its treaty.